Koenigsegg, a small Swedish automobile manufacturer, has built up quite a reputation for producing some of the world’s most astounding and jaw-dropping cars, their unique heritage with a pursuit for speed has made them top dog among the speed machines. Their adverse reputation, determination, and commitment for developing the greatest cars the world has ever seen from the almighty CCX to the Agera RS, the One:1 and the Regera. Koenigsegg has years of experience under its belt in the pursuit for being the ultimate speed machines, and to celebrate the company’s existence they’ve launched this… the Koenigsegg Jesko.

This breath-taking machine was unveiled at the 2019 Geneva Motor Show, and yet again, Koenigsegg has not failed to show off its engineering capabilities. The Jesko is a high-performance track focused hypercar, where it is primarily focused towards the dark arts of aerodynamics and downforce. It is the successor to the Agera model and the name, Jesko, is a tribute to the founder’s father, Jesko von Koenigsegg. 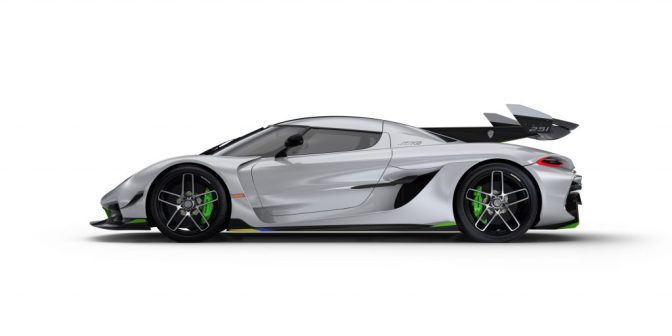 The Jesko is armed with a 5.0-liter twin-turbocharged V8, the exact same one used in the previous Agera with a power output of 1,578 bhp and 1,160 lb-ft of torque on E85 biofuel with a top speed of over 300mph. Who says the Swedes don’t care about the environment and speed?

A limited number of 125 units of the Koenigsegg Jesko will be built, with around 40 to 50 units being built each year. That being said, Koenigsegg later announced that all of the remaining units of the car have now been sold out. For a car costing over £2.1 million, it did sell quite quickly, considering the fact that production will commence from 2020. Additionally, the Jesko will be offered to customers with two options, they can either opt in for a high-downforce configuration or a low-drag configuration, where subtle differences between the two variants being present. The high-downforce variant will come equipped with a dual front and rear ‘Triplex’ damper system and larger aerodynamic features for track use. Though this does compromise the ability to store the Targa roof in the front of the car, however, this is possible to achieve in the low drag version as it does not come equipped with a front ‘Triplex’ damper system.

An interesting fact about the car is that unlike its previous predecessors the Jesko will be homologated worldwide, meaning that the Koenigsegg Jesko meets regulatory standards and specifications including safety and technical requirements on a worldwide spectrum. 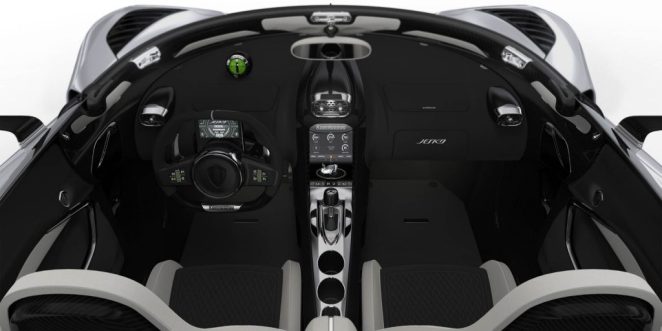 Now for the car’s party piece, the aerodynamics, coming equipped with a carbon fiber front splitter at the front and a boomerang styled rear wing generating over 800kg of downforce at 155 mph, over 1,000kg at 171 mph and an excess of 1,700 kg at its top speed. This shift in automotive evolution indicates that aerodynamics plays a crucial role within the development of fast handling hypercars, this is not the first time we’ve seen a manufacturer prioritising their focus towards aerodynamics as opposed to the development of more power. Is it possible that we’ve now reached a technological peak where we are now limited to the amount of power we can harness from an engine, or is the future of automotive development now focusing towards aerodynamics and efficiency?

To sum up, the Koenigsegg Jesko is an astonishing piece of automotive engineering that pays tribute to the founder’s father, this car truly is genesis. But not genesis for the birth of the company, but a rebirth. The company’s focus is now on aerodynamics to achieve top speed and high-speed cornering, the dark arts of downforce and aerodynamics are now evolving within the sports car industry and a new speed war is dawning between the Koenigsegg Jesko and the Bugatti Chiron.